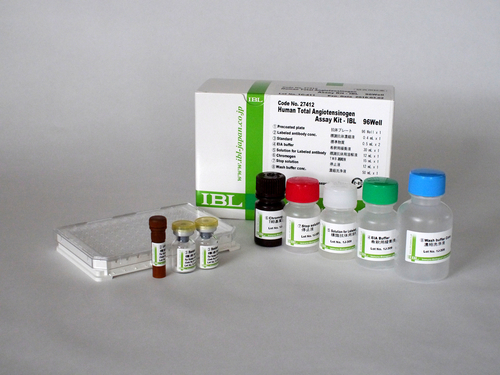 The IBL ELISA kits are solid-phase sandwich ELISAs that take advantage of two highly specific antibodies; one antibody is coated onto the ELISA plate and the other is HRP-conjugated.

The Human Total and Intact Angiotensinogen Assay Kits can be used with serum, EDTA-plasma, urine, or cell culture media.